We are thrilled to be opening our pre-orders for the exclusive Cornish edition of Daisy Darker by Alice Feeney, scheduled for release at the end of July (general publication 18th August).

Daisy Darker is a haunting psychological tale set in an isolated family home on a tidal island in Cornwall. We’ve all read and loved it – the depictions of Cornwall (and our weather…) feel particularly accurate, and there’s a twist like no other that we can’t wait to talk about with other readers.

This cover of Daisy Darker is exclusive to Cornish bookshops, and we’re also honoured to have it on early release so you can get stuck in even sooner! Orders will be fulfilled at the end of July. 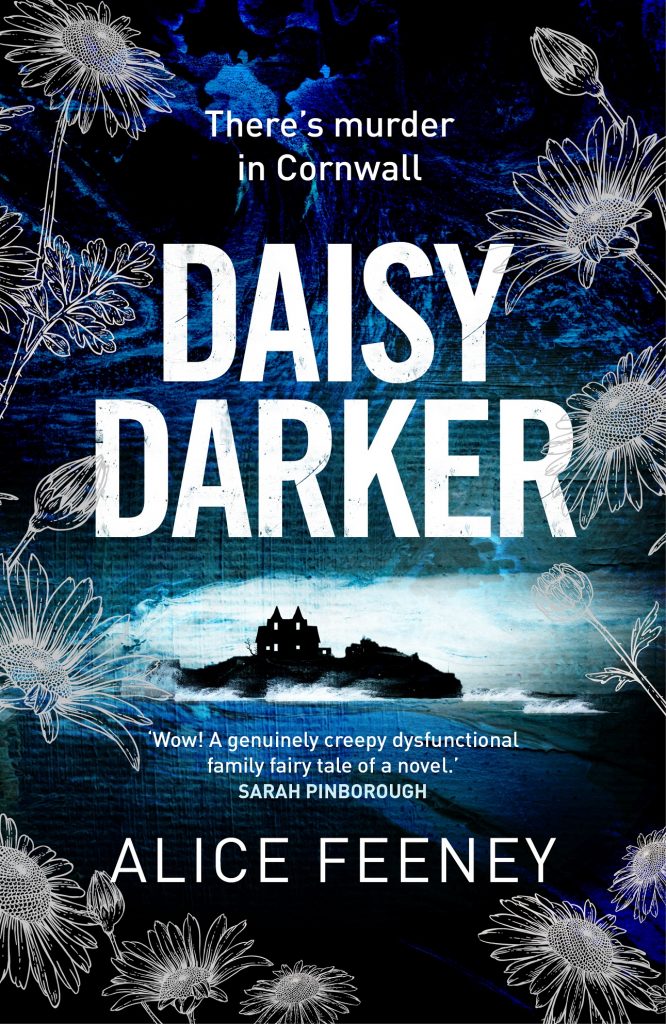 Daisy Darker’s family were as dark as dark can be, when one of them died all of them lied and pretended not to see…

Daisy Darker is arriving at her grandmother’s house for her eightieth birthday. It is Halloween, and Seaglass – the crumbling Cornish house perched upon its own tiny private island – is at one with the granite rocks it sits on.

The Darker family haven’t all been in the same place for over a decade, and when the tide comes in they’ll be cut off from the rest of the world for eight hours. When the tide goes back out, nothing will ever be the same again, because one of them is a killer…

Can't find what your looking for? Email us at stivesbookseller@mabecronbooks.co.uk Dismiss